Once I was visiting my mom’s place when suddenly the washing machine broke down. We were supposed to have a nice dinner night but suddenly she made the gloomiest face. And when I asked her, she told me about the washing machine. I just jiggled my head and realized; her mood has already been spoiled.

It might sound a bit dramatic but if you’ve ever been there, you’ll know. Once you get attached to the appliance, it’s very hard to survive without one. Washing clothes by hand is surely too troublesome when you have so many household stuffs that need to be sorted. A technician came after 2 days (since it was the holiday period going on) and finally she looked better.

Well, long story short, we are here to talk a bit about when considering a replacement is okay with the washing machine. Of course, it’s hard to tell at first whether there’s a need for repairing or replacing. And to find that out, let’s talk about how long does a washing machine last on average.

It is a question that has different answers to it. And that’s actually because a different user has a differing amount of uses, washable clothes and number of years it’s been serving. Of course, the pressure put on a certain washing machine matters when it comes to deciding how many years it’ll last.

Some other factors that matters are brand trust, it’s price, technical specs and functions as well. How long should a washing machine last and how long it actually does could be different. And that’s why there are features such as warranty involved.

“If only life were so neat and tidy. CR members expect a washer and dryer to last 10 years, on average, according to our 2018 survey. Most major manufacturers say you can expect at least that.”

While homeguides.sfgate saying the average lifespan of a washer is about 14 years. This is determined by basis of specific uses of per week or day.

However, you should start thinking about a replacement after eight years of constant use.

Unless the model is pretty high end. Some new models that have expired their warranties could start showing troubles. And once it feels unusable, you should start thinking about replacement.

Extending Life of Your Washing Machine

So, the good news is there are plenty of ideas and ways to implement and keep your current washing machine functioning for years. And now, let’s talk about those ways. Because… why not?

With the right using and caring you can extend the life of your washing machine. There are quite a few factors that decide the life cycle. It could be the installation procedures, load weight, type of detergent you use and frequency of washes.

The first tip that can make a dramatic change in the life cycle is maintaining a minimal wash load at one time. Obviously, when you provide a heavier load of washable clothes inside the machine, it’s built quality is going to get affected.

And there will be some serious strain over the machine’s bearing. That’s the first cause of several premature fails related to washing machine.

Also, don’t just go with under-loading. That way you’ll be constantly washing clothes until it finishes. And so, you’ll be using the mechanism work more than normal number. I’m just saying, don’t go for too much or fewer loads. Keep it as minimal as possible without increasing the overall number of washes.

Most of us have this habit of throwing even the least dirty t-shirt into the drum right after using it. The manufacturer’s guidelines should come with information about machine’s capacity. And you can’t ignore that. Washing too many clothes without giving a break will surely not let you clean properly. Also, it will affect the mechanism of washing.

Another thing that I don’t see people doing is getting washing machine checked by a professional every once in a while. There could be wider complications after a repair that might need occasional checkups.

Or the machine might be doing fine till now but soon it’ll start showing problems due to internal damage that is yet to come into your attention. And the best way to keep these sudden break downs out of your way is going for occasional checkups by professional. This is also beneficial to not end up with an expensive repair later on.

How to Know It’s the Right Time for Replacement?

1. How long do washers and dryers last?

The average number of years that your washer or dryer may last could be 10 years. There’s a survey that shows one/third washers develops problems after the first five years of using. Dryers are not so complex in terms of mechanism. And for that reason, the average life cycle is different than washers. Statistics show that 20% of dyers start showing errors after five years of usage.

2. How to keep dryers in good condition?

The first thing you need to mind is keeping lint trap clean. With a blocked lint trap, your dryer will function for more than the required amount of time. And that’s an open invitation to wear and tears.

Also, you need to do something about the accordion-style duct. It usually results in causing airflow restriction. And that might not let our clothes dry. Sometimes even worse by causing a fire. Keep the duct clean as well. Once every year, make the effort to vacuum it after taking apart. There are several dryer cleanings services that you can appoint if the maintenance seems to bothering or inappropriate to do yourself.

3. How to clean the washing machine?

There are several tips about keeping the washing machine clean. The first thing you need to do is by checking its hoses. Once every few months, you should check the hoses to see if there’s any crack or bulges. The fittings should be tight as well.

Now your washer might be getting cleaned up naturally with regular wash-ups sessions. But that’s not the only case. You need to wipe the interior to get rid of any residue left inside. You also need to clean the dispensers regularly.

Another tip that I follow is using vinegar instead of detergent and putting no clothes once every couple of months. The doors also need cleaning. Use wiping method to clean the inside and outside of door. Don’t forget the gaskets as well.

The answer to how long does a washing machine last on average will always vary. And you know why. The point here is to keep your washing machine in a good condition by applying regular maintenance. You don’t want to put extra pressure on it.

Another thing that I want to tell you is, no matter how hard it is to let your old washing machine go, at some certain point it becomes compulsory. You are stressing with extra charges on utility bills without getting any effective wash. And that might be even more frustrating.

So, know when it is the right time and go for a suitable replacement. Your New Washing Machine Should Be More Than What the Old One Was, just keep that in mind. 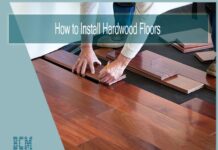 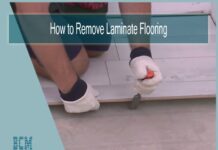 How to Remove Laminate Flooring : Both Glued & Floating Type 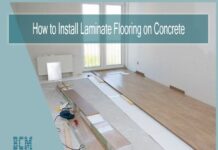 Details Guide on How to Install Laminate Flooring on Concrete

Bob Carter - Modified date: September 12, 2020
Who doesn't love the feeling of a massage after coming home from a long, tiring day of work? But getting a personal masseuse every...

BestChoiceMakers.com is a reader-supported Website/Blog. When you buy through links on our site, we may earn an affiliate commission. Read More On Affiliate Disclaimer Page.